Google limits reporting on search terms: what impact on your performance?

In September 2020, Google decided to limit the reporting of search terms for advertisers on Google Ads. What impact will this decision have on your campaign and budget management? Does this mean less visibility and less control?

The search term report: how it works and why it matters

The Google Ads search term report allows you to see the user queries that triggered your ads. This report displays the performance of your ads according to these search terms: cost, clicks, CPC, sales, ROI... It has a double advantage: the first one is to identify the search terms with a high potential for your business, with the possibility to add them as keywords to bid on. The other advantage of this report is that it allows you to identify search terms that are not relevant or profitable enough for your purposes, with the possibility of excluding them, to ensure that your ads no longer appear.

A warning has appeared on all Google Ads accounts: "As of September 2020, the search term report only includes terms used by a large number of users. Your report may now show fewer terms."
In other words, the data usually reported to advertisers is now restricted, suggesting reduced visibility and less precision on search terms. This means that they will no longer be able to analyse their performance in detail and identify ineffective terms or keywords, to which a greater or lesser proportion of the budget has been allocated.
This decision makes advertisers more dependent on Google's 'smart' tools to design campaigns. Many advertisers feel that they do not have as much control over their account as they used to.

In addition, Google has not yet provided any information on the threshold of queries above which a search term no longer appears in the report. Some advertisers and SEA experts have made their own estimates and are concerned about this. Some evaluations indicate that the search terms removed by Google represent almost a third of their budget.

With this new announcement, Google continues to demonstrate its commitment to improving the privacy of users in their journey.

The report on search terms allowed advertisers, among others, to better understand the intentions of Internet users. By increasing its privacy threshold, Google is therefore offering individuals better data protection. 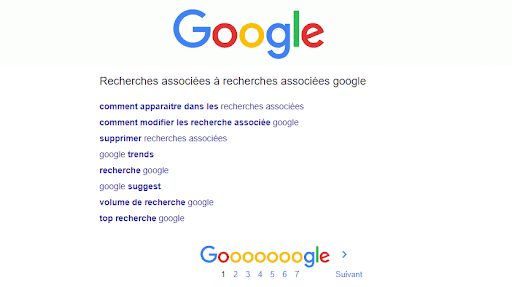 A warning to be qualified

Amélie from Feed Manager explains: "According to Google, for a search term to be visible in the report dedicated to it, it must have been searched by a significant number of users. But for example, if the term 'sofa' has been typed 50 times on Google in France and in your account (advertiser), there have only been two impressions: the term will still appear. Because from a market point of view, the term has been searched for significantly. In reality, Google increases its threshold from a market point of view, not from an advertiser account point of view."

This increasing difficulty of access to certain data on the part of Google demonstrates a twofold desire:

The feed is THE lever for optimising Shopping campaigns