According to information published on 29 May by the daily Sud-Ouest, Alibaba's short-term projects concern France. The e-commerce giant is said to be on the verge of establishing itself in Gironde with the construction of a logistics centre in Belin-Béliet. At the end of April, Sébastien Badault, Alibaba France's managing director, announced that France would be one of the markets where the company would make the most investments in 2020. The Chinese marketplace seems to want to conquer the Old Continent, which will bring big changes for brands, advertisers and other platforms like Amazon. But what would this landing in France mean?

Founded in 1999 by Jack Ma, Alibaba is China's e-commerce giant, which has also expanded into finance, cloud, film, hotels and restaurants. Its popular marketplace, AliExpress, is available globally in 230 regions and its numbers speak for themselves: it has over 150 million active shoppers and 200 million monthly visits. With 6.5 million downloads in March, its mobile app ranked second among the top five shopping apps in the world. The company has become the main competitor of Amazon, its American counterpart and world leader.

The Old Continent, a strategic choice in its international development

For several years now, Europe has been the target of Alibaba's international development strategy, and the company is gradually making its mark on consumers and, above all, on local businesses. Its intentions seem clear: to dominate the e-commerce market by convincing European SMEs to use its services.

Chronology of the rise to power

In 2018, Jack Ma's company announced the establishment of its first European logistics hub at Liege Airport in Belgium, where it would invest more than €100 million in the construction of a 30,000 m2 warehouse on a site that already had 220,000 m2. This logistics centre will become its hub on the Old Continent at the end of the first half of 2021. Since then, it has also set up a rail line linking Liege to China. Thanks to this air-rail multimodality, Alibaba has a considerable advantage in reducing its delivery times and achieving its 72-hour target outside its borders.

In 2019, it successively opened its first physical AliExpress shops in Europe. It chose Spain, its third market outside China after the United States and Russia. The city of Madrid and then Barcelona opened their doors to the Chinese giant, which has since been developing its New Retail concept combining online and offline commerce.

This desire to create a link between online and offline is a principle dear to Alibaba, which wishes to continue its expansion with physical actions that will allow it to go beyond digital, as explained by Sébastien Badault, the General Manager of the Alibaba group in France, in an interview with the magazine LSA Commerce Connecté at the end of April. In particular, he stated that " the French market is one of those where there will be the most investment in the year " and his statements suggest that Alibaba will soon strengthen its presence in the French landscape where it is still a relatively new player. 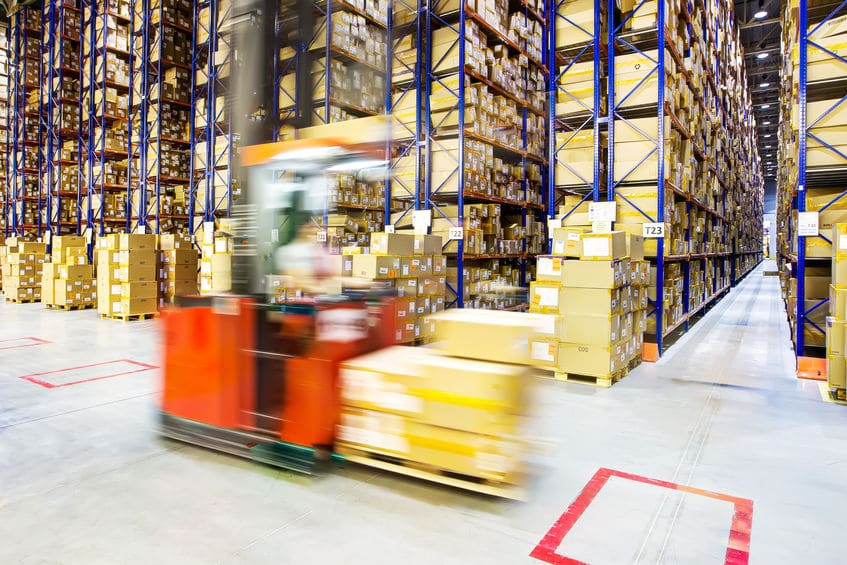 Preparation of parcels for delivery to a logistics centre

Rumours of Alibaba setting up shop in Gironde

At the end of May, the daily Sud-Ouest published an article announcing the establishment of Alibaba in Gironde. This information was not confirmed by the company, which, according to the media, plans to build a logistics platform comprising 71,000 m² of buildings on 19 hectares in Belin-Béliet in the Val de l'Eyre. A major project that would be accompanied by the creation of 300 direct jobs.

An upheaval of the French marketplaces landscape

After the arrival of the AliExpress marketplace in France in 2018, its agreement with Relais Colis and the opening of the platform to French brands in 2019, the creation of this logistics centre would demonstrate, once again, the group's desire to establish itself in Europe with consumers by allowing companies to benefit from its digital infrastructures, its unique integrated solutions and its global reach, enabling them to expand their presence on international markets.

It is likely that this establishment will upset the landscape of French marketplaces by destabilising the pre-established order in our current market. On the flow side, we are curious to see what specifications Alibaba will ask for and if the mandatory attributes will be similar to those of its main competitors Amazon, Cdiscount, etc.

Which French partners will Alibaba decide to team up with in its technical implementation?

Our 5 tips for perfect flows

Amazon: the differences between Seller Central and Vendor Central